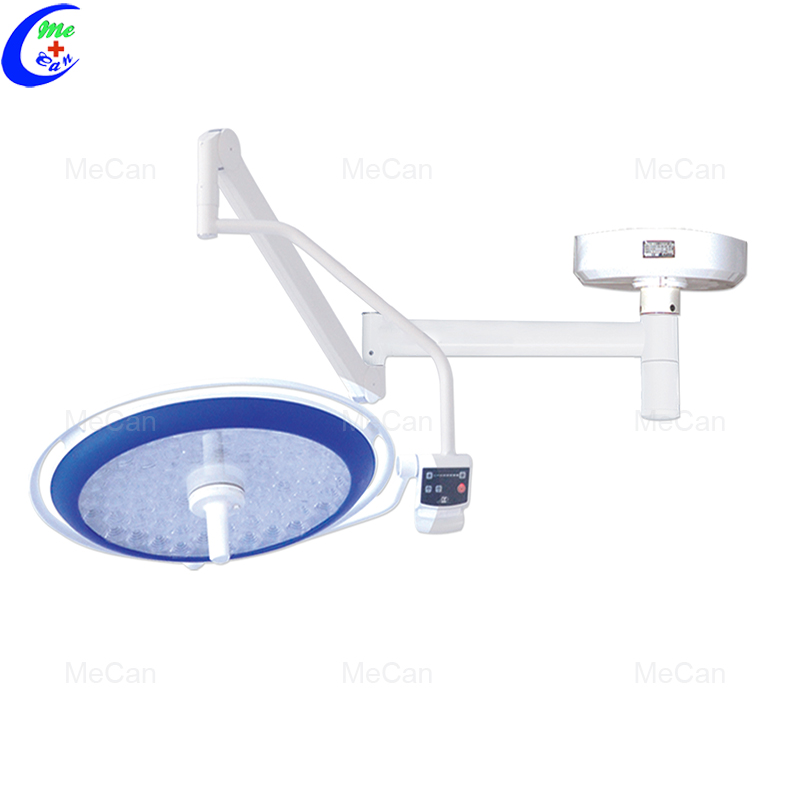 The white LED has a feature of color temperature which is different from the light source of common shadowless lamps for operation. It may enhance the chromatic aberration between blood, other body tissues and organs, and it thus helps the operating doctor to have a clearer view.

Digital means arc adopted for stepless regulation of LED brightness. The operator may adjust the brightness based on his/her own brightness adaptability.

The LED shadowless lamp is pure-DC power supplied. without any strobe or harmonic interference with other equipment in the working area.

The removable handle sheath can be disinfected at the high temperature or 133 °C.

A special optical system is adopted so that the light is evenly illuminated on the observed objects in 360°, without any virtual image and with high definition.

LED has high luminous efficiency and it is impact-resistant and strong to resist crumbling, without mercury contamination. The light it sends contains no infra-red or ultraviolet radiation pollution.